My recent plumbing challenge… and what it taught me about time management. 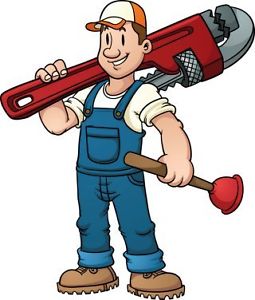 I had a recent shower plumbing problem that was causing bathroom sharing woes in my household.

I decided to hire a handyman who had done work for me in the past.  I trusted he would do a great job as at a reasonable price. I unfortunately was disappointed.

The problem is that my handyman is now much busier than he has been in the past.  I’m sure it is for the same reasons I was a repeat customer.  He had been reliable, communicative, prompt, fulfilled his promises, and didn’t charge me an arm and a leg.  For the purpose of this blog, I’ll call him “Joe”.

Unfortunately, with my new problem, the qualities I loved about “Joe” that had his schedule full were not evident with the current project.  During my plumbing dilemma, “Joe” started the job, requested a deposit, and said he would return in two days.  He didn’t.  When I reached out to him, I received excuses, and there were several times he texted telling me he was coming and not show up.  Other times, he would show up for a short time, do part of the job, and leave without communicating an expectation of when he was returning.   He was not updating me about the schedule, leaving me hanging, while we continued to bathroom share.  With each passing day, I got more frustrated.

“Joe” finally completed the job much later than promised, and I have my bathroom back.  I still have some basement wall touch up painting ahead of me, but it is finally over.   Even though the project is complete and the shower now working, and “Joe” is probably on to his other many tasks, it doesn’t change the fact that I probably won’t use him again because of the way he managed both his time.

The whole process made me think about time management and how it impacts customer service.  How often do we feel frustrated with a vendor, staff member or colleague due to how they manage a project?  Do you, like me, get tired of the “busy” excuse?  Aren’t we all busy?  I hope that I haven’t made people feel the way “Joe” was making me feel, and I gave a bit of thought on how managing time effectively avoids negatively impacting others.  It also made me realize it’s not really about the “time”, but more about the “management”:

Had “Joe” done the following, I would have been less frustrated:

I trust that “Joe” probably wasn’t prioritizing effectively, and was also procrastinating because he was overwhelmed with all his work.  I get it.  I bet he would have done better by  writing down his projects and calendaring his associated tasks.   Had he looked at it that way, he could have better managed his time, set realistic goals, and then communicate delays as the calendar day ended.  A phone call, e-mail or text can make all the difference.

The lesson that I took from this, thanks to “Joe” is that we all will be perceived by how we manage our time more than actual stretch of time that it takes to complete our tasks, and that planning and communicating is the key.

1 thought on “My recent plumbing challenge… and what it taught me about time management.”

Does your ASC need training to meet compliance standards? 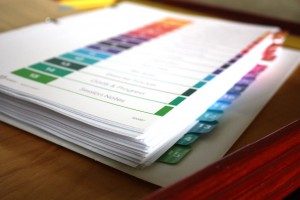 Does your ASC need a policy or a form?

We have the policies, tools, and forms needed to address regulatory and compliance needs for ASCs.

Searching is in progress